Our Jack Russell Terrier family kennel has been recognized by the FCI and the Royal Spanish Canine Society. In 2013 we started our adventure with this wonderful breed after waiting almost two years for our first specimen, named Match. This specimen meets all the characteristics of both beauty and character that a Jack Russell must have for us.Thus, without losing sight of our breeding precepts, we have been incorporating specimens into our kennel that have been improving our Jack Russell Terrier kennel. Our Jack Russell Terrier  kennel is located in Pontevedra, Galicia (Spain) where we have an unbeatable location where our dogs can exercise and show all the potential of a JACK. Our breeding philosophy is very simple, beauty, health and character. We do not use in our breeding specimens that do not have the character that a Jack should have. Titles are useless for us if there is no character and health.

Some characteristics of the Jack Russell

A Jack Russell needs to exercise daily and feel integrated into the family. With a strong temperament but at the same time affectionate with his family, this wonderful breed will quickly gain the affection of
your closest friends. Excellent with children and inseparable from its owner shows to have an innate courage to face any
situation. In our kennel we do not conceive a shy or fearful Jack Russell dog or with any health problem. That is why we perform genetic tests such as PLL, LOA or SCA, among others, on our specimens.

We speak from our experience and we can say that the Jacks and the children are inseparable. This little terrier loves to be with children !! since he’s just a puppy. So if you think about buying a Jack Russell puppy and you have doubts about whether it will get along with children, my answer is a resounding YES.

Types of hair or coat in the Jack Russell Terrier

There are three types of hair: The Jack Russell Terrier with short or smooth hair, the broken hair or the wire hair.

WE ONLY HAVE EXEMPLES OF BROKEN HAIR OR HARD HAIR.

How to train a Jack Russell

The Jack Russell Terrier has become a well-known breed due to its appearance in the movies, so many people nicknamed the Jack Russell as, the dog in the mask, referring to the well-known movie.
This caused a boom in a breed that was founded in the early 19th century.
For us the character of a Jack is simply perfect, as it is a large dog in a small body.
Brave, loving, faithful are just some of its characteristics.
He is a tough dog and loves to be in the company of humans.
Many of the people think or have the belief that it is a too hyperactive dog and that it is very difficult to train.

NOTHING IS FURTHER FROM REALITY!! Like any breed of dog, the Jack Russell needs to have his dose of daily activity and interact with his family. For us, they are totally balanced dogs that can be on the couch with their owners as calm as spending hours and hours playing. If you want tranquility, you will have it, and if you want activity…. you have it insured.

Behavioral problems are determined by factors such as:
1.Absence of socialization. It is essential to do it as soon as possible, so it will be much easier. We already begin to socialize since they are puppies, so we spend long afternoons with our puppies in parks, terraces, etc., so that they get used to noises, new situations, etc.
2. A bad job of the breeder when it comes to selecting the bloodlines. Dog breeding is an art and carries a great deal of responsibility and a bad cross can destroy years of work.
3. Lack of physical and mental activity. If you are a sedentary person or do not have time to dedicate to a Jack Russell … this is not your breed of dog.

How much exercise does a Jack Russell Terrier need?

As for the exercise you need, I recommend taking advantage of those moments of walk so that the dog enjoys it.

A half hour walk in which your Jack runs, walks free without a leash and you play with him (with a ball for example) will be more effective than a one hour walk with the leash on.

Having a Jack Russell in an apartment, is it a good idea?

We speak from our experience and we can say that a flat is not a good place to have a Jack Russell, it is not so much the lack of space as the moments of solitude that it may have. Here we must nuance.

A person who lives in an apartment and is with his dog all the time is not the same as a person who works outside the home and this forces the Jack Russell to spend a lot of time alone. In this situation, it is very likely that the dog will get bored and start barking, crying, or breaking things out of boredom.

The Jack Russell must have a place where he can play and run around. The ideal is a house with a garden or a large terrace.

How long does a Jack Russell usually live?

A Jack Russell is a very long-lived dog, on average it usually lives about 14 years. This should make us reflect on the importance of acquiring our Jack Russell in a kennel where the health of its specimens prevails, since if you acquire a dog with a problem, it will be many years suffering from it.

Which is better, male or female Jack Russell?

The Jack Russell Terrier is a very affectionate dog with his own. He enjoys being with his people. It is true that in the dog world it is often said that females are more of “being at home” and that they are more affectionate than males.

There are no such varieties of Jack Russell Terrier that some call “short leg” or “mini” Jack Russell.

The Jack Russell standard is what it is. And it seems that there are breeders of Jack Russell who coin the terms “toy” “mini” or “short leg”.

In my opinion it is more of a marketing tool, simply.

As has happened in other breeds to which the word “toy” or “mini” is added, such as the Yorkshire. There are no TOY races!

The Jack Russell has measures established in the standard. 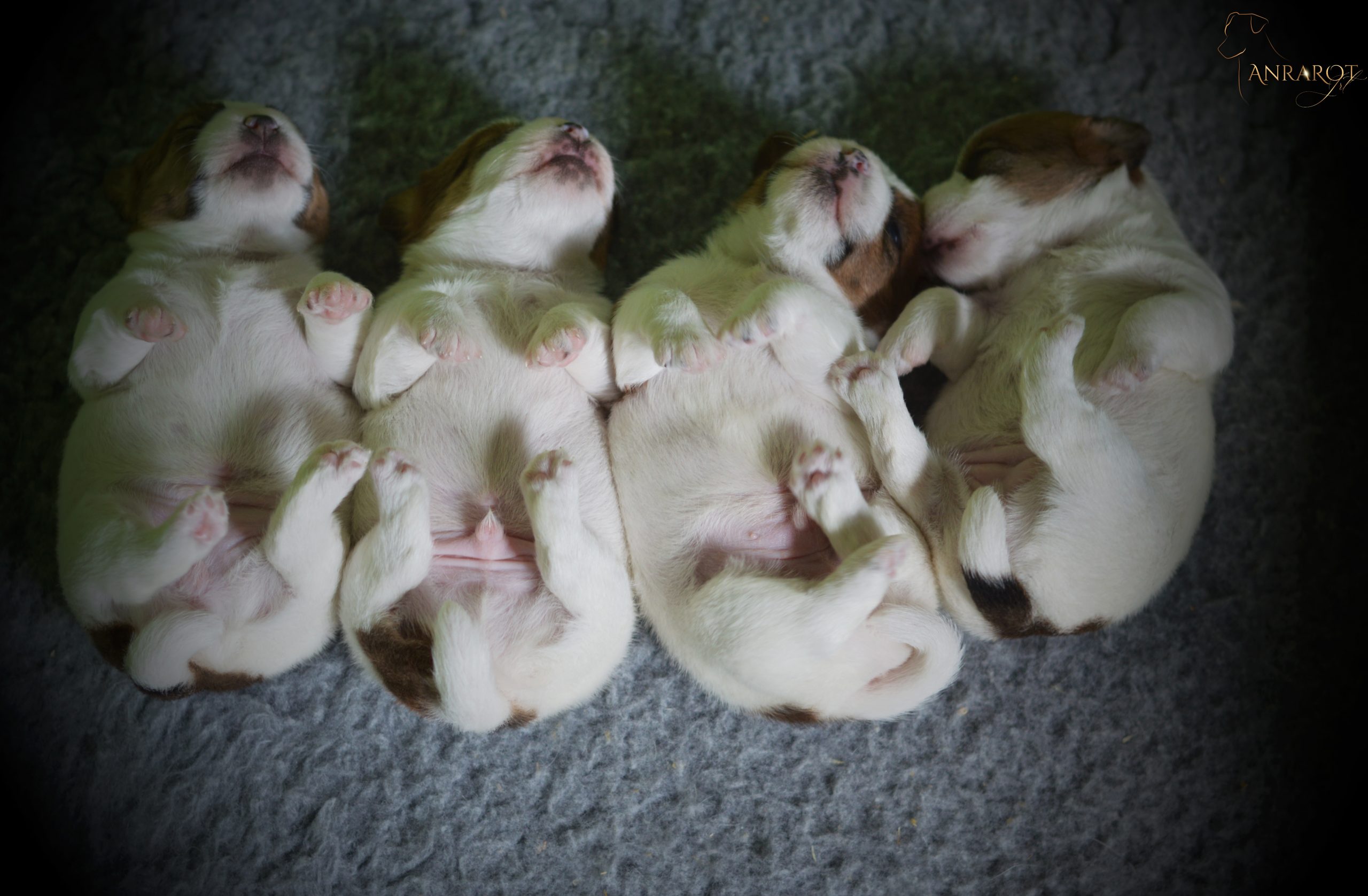 Due to our breeding philosophy, based on selection, the litters we produce are very limited. For us, our puppies are the most important thing, so we make sure of their total well-being. This way we make sure that the person interested in one of our copies meets a series of requirements. Therefore, not everyone can acquire one of our puppies. 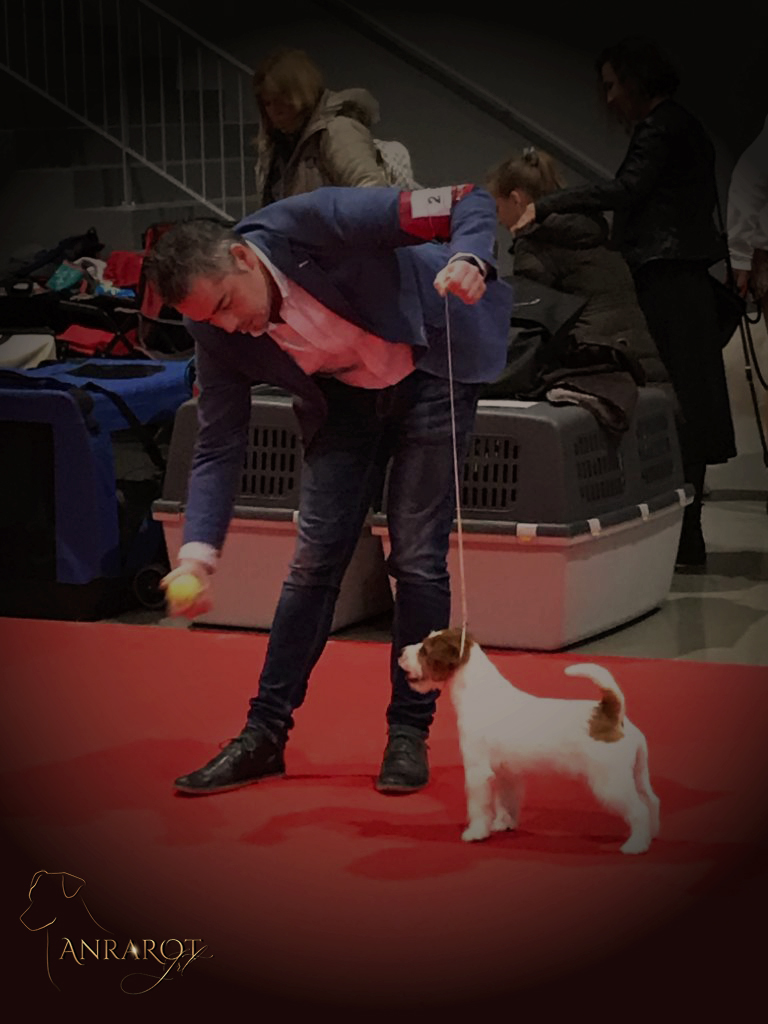 There is only one type of Jack Russell, the one recognized in the FCI standard. Many people think that there is a “short leg” Jack Russell or a “mini” Jack Russell and this is not true. Click on the button to know which is the standard of the Jack Russell Terrier dog. 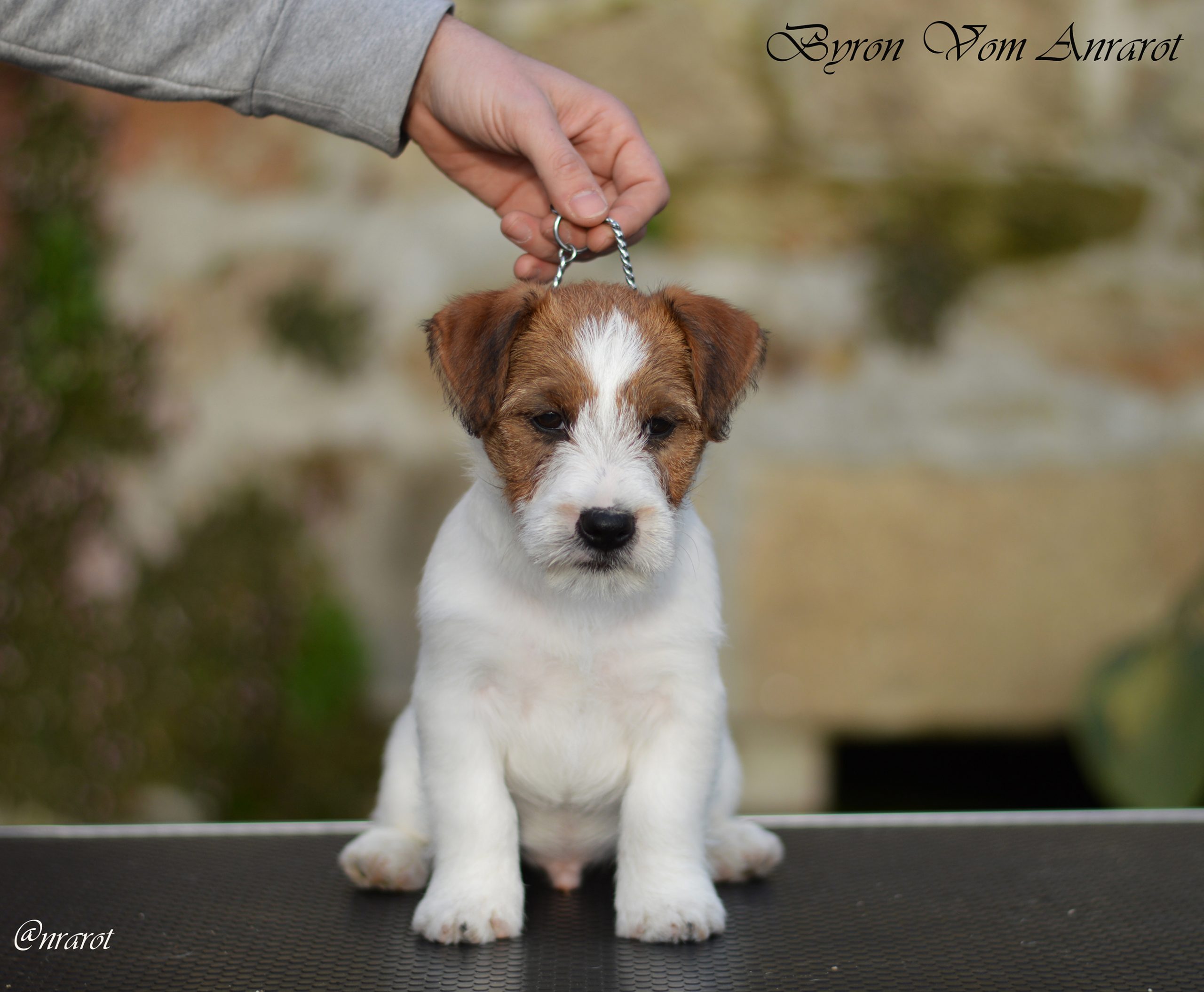 Click on the button to know the news in our kennel, through our blog.

Any cookies that may not be particularly necessary for the website to function and is used specifically to collect user personal data via analytics, ads, other embedded contents are termed as non-necessary cookies. It is mandatory to procure user consent prior to running these cookies on your website.